So.  I have not really posted anything much in a long time.  Hey, as it turns out, med school is really hard!  It is a ton of work, and I am not even working nearly as much as I should be to do as well as I could or should.  More on that later.  So much has happened in the past few weeks, and hopefully I will get a chance to write a little about various events and happenings at some point.  The goal of this blog was to record my experience during med school for my own poor memory, to keep in touch with loved ones, to allow the curious to live vicariously through mel, and to offer advice (maybe even hope?) to others going through (or considering) similar experiences in school, health care, life in general, and so I really want to include lots of big and little things that I have been doing and thinking about along the way.  I'm not sure when I will get the chance to write about all the things I want to write about, but I will try to include as many as possible.
In the meantime, this is what is going on now.  We are starting a one-week module called Aging and Dying.  All week we will have lectures on the aging process, geriatrics, frailty, the dying process, and how we as a society think about and treat aging and dying.  I am very excited for the week--not only because it is a dramatic and welcome shift away from the hardcore biochem that has taken up the past several weeks (and which has made me feel horribly unprepared for medical school and just sort of stupid in general)--but because I think this is a fascinating topic to think about, as well as a huge problem facing society today.  It is enormous in its scope, complexity and implications for all of us.  The following is an article that is required reading for the module, written by Atul Gawande for the New Yorker.  Gawande is one of my favorite authors (he has several excellent books--really essay collections--that I can't recommend highly enough if you are at all interested in anything medically-related, and I would argue that we all should be, since we will all be patients at some point in our lives).  The article is long, but well worth reading.
The Way We Age Now
Medicine has increased the ranks of the elderly. Can it make old age any easier?
by Atul Gawande 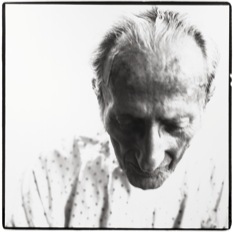