I posted their latest video last week; here are their websites:
www.cmtysolutions.org
www.100khomes.org
Go check them out!


I also came across another Atul Gawande essay in the New Yorker that is related to the NY Times article posted above, as well as to the theory behind the work that Community Solutions does.  In this country, income is inversely proportional to health (and for those of you who are skeptical of this claim, there is a researcher at the University of Colorado who has found irrefutable evidence that this is true, and has been for decades.)  So it makes sense that the poorest people--i.e., the ones who can't afford health insurance, or a place to live--need the most care, and cost the system as a whole a disproportionate amount.


Atul Gawande writes about innovators who are pioneering efforts to prove that it is possible to simultaneously improve the quality of healthcare while lowering costs, given the right focus--the patients who are neediest.  Jake thinks (maybe not totally erroneously) that I would leave him for Gawande in a heartbeat if given the option.  My personal doctor-crush aside, I do think that pretty much everything he writes is pretty much brilliant.  Yes, his essays require much more dedication than your average 3-paragraph internet-news article, but they are so worth it.  I have included the entire essay below, if your attention span allows.  Or, if you would rather read it in its original location, you can find it here. 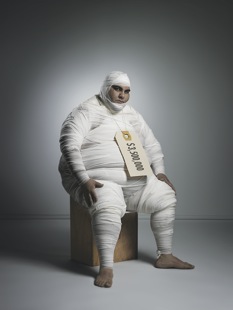 Can we lower medical costs by giving the neediest patients better care?
by Atul Gawande


Three years later, hospital stays and trips to the emergency room have dropped more than fifteen per cent. The hospital hit its five-per-cent cost-reduction target. And the team is just getting the hang of what it can do.

How much money, he asked, did the residents think had been spent on emergency-room and hospital visits in the past five years for the people in this one building? They had no idea. He wrote out the numbers on an easel pad, but they were imponderable abstractions. The residents’ eyes widened only when he said that the payments, even accounting for unpaid bills, added up to almost sixty thousand dollars per person. He asked how many of them believed that they had received sixty thousand dollars’ worth of health care. That was when the stories came out: the doctors who wouldn’t give anyone on Medicaid an office appointment; the ten-hour emergency-room waits for ten minutes with an intern.
Brenner was proposing to open a doctor’s office right in their building, which would reduce their need for hospital visits. If it delivered better care and saved money, the doctor’s office would receive part of the money that it saved Medicare and Medicaid, and would be able to add services—services that the residents could help choose. With enough savings, they could have same-day doctor visits, nurse practitioners at night, a social worker, a psychologist. When Brenner’s scenario was described, residents murmured approval, but the mention of a social worker brought questions.
“Is she going to be all up in my business?” a woman asked. “I don’t know if I like that. I’m not sure I want a social worker hanging around here.”
This doctor’s office, people were slowly realizing, would be involved in their lives—a medical professional would be after them about their smoking, drinking, diet, medications. That was O.K. if the person were Dr. Brenner. They knew him. They believed that he cared about them. Acceptance, however, would clearly depend upon execution; it wasn’t guaranteed. There was similar ambivalence in the neighborhoods that Compstat strategists targeted for additional—and potentially intrusive—policing.

Yet the stakes in health-care hot-spotting are enormous, and go far beyond health care. A recent report on more than a decade of education-reform spending in Massachusetts detailed a story found in every state. Massachusetts sent nearly a billion dollars to school districts to finance smaller class sizes and better teachers’ pay, yet every dollar ended up being diverted to covering rising health-care costs. For each dollar added to school budgets, the costs of maintaining teacher health benefits took a dollar and forty cents.
Every country in the world is battling the rising cost of health care. No community anywhere has demonstrably lowered its health-care costs (not just slowed their rate of increase) by improving medical services. They’ve lowered costs only by cutting or rationing them. To many people, the problem of health-care costs is best encapsulated in a basic third-grade lesson: you can’t have it all. You want higher wages, lower taxes, less debt? Then cut health-care services.
People like Jeff Brenner are saying that we can have it all—teachers and health care. To be sure, uncertainties remain. Their small, localized successes have not yet been replicated in large populations. Up to a fourth of their patients face problems of a kind they have avoided tackling so far: catastrophic conditions. These are the patients who are in the top one per cent of costs because they were in a car crash that resulted in a hundred thousand dollars in surgery and intensive-care expenses, or had a cancer requiring seven thousand dollars a week for chemo and radiation. There’s nothing much to be done for those patients, you’d think. Yet they are also victims of poor and disjointed service. Improving the value of the services—rewarding better results per dollar spent—could lead to dramatic innovations in catastrophic care, too.
The new health-reform law—Obamacare—is betting big on the Brenners of the world. It says that we can afford to subsidize insurance for millions, remove the ability of private and public insurers to cut high-cost patients from their rolls, and improve the quality of care. The law authorizes new forms of Medicare and Medicaid payment to encourage the development of “medical homes” and “accountable care organizations”—doctors’ offices and medical systems that get financial benefits for being more accessible to patients, better organized, and accountable for reducing the over-all costs of care. Backers believe that, given this support, innovators like Brenner will transform health care everywhere.
Critics say that it’s a pipe dream—more money down the health-care sinkhole. They could turn out to be right, Brenner told me; a well-organized opposition could scuttle efforts like his. “In the next few years, we’re going to have absolutely irrefutable evidence that there are ways to reduce health-care costs, and they are ‘high touch’ and they are at the level of care,” he said. “We are going to know that, hands down, this is possible.” From that point onward, he said, “it’s a political problem.” The struggle will be to survive the obstruction of lobbies, and the partisan tendency to view success as victory for the other side.
Already, these forces of resistance have become Brenner’s prime concern. He needs state legislative approval to bring his program to Medicaid patients at Northgate II and across Camden. He needs federal approval to qualify as an accountable care organization for the city’s Medicare patients. In Camden, he has built support across a range of groups, from the state Chamber of Commerce to local hospitals to activist organizations. But for months—even as rising health costs and shrinking state aid have forced the city to contemplate further school cuts and the layoff of almost half of its police—he has been stalled. With divided branches at both the state and the federal level, “government just gets paralyzed,” he says.

In the meantime, though, he’s forging ahead. In December, he introduced an expanded computer database that lets Camden doctors view laboratory results, radiology reports, emergency-room visits, and discharge summaries for their patients from all the hospitals in town—and could show cost patterns, too. The absence of this sort of information is a daily impediment to the care of patients in Boston, where I practice. Right now, we’re nowhere close to having such data. But this, I’m sure, will change. For in places like Camden, New Jersey, one of the poorest cities in America, there are people showing the way.