The Last Couple of Weeks 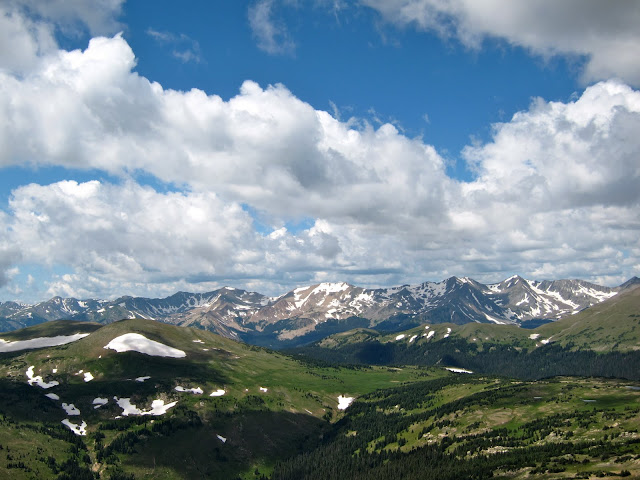 Things have been (still are) really crazy. As usual, I guess.

After the wedding and subsequent family reunion in the mountains, which was all in all one of the best weekends of my life, I had to rush back here to Atlanta, study for and make up the endocrine exam that I missed for the wedding, then start catching up on the classes I'd missed making up the exam, which I did not really do at all because I felt I deserved a day off after that.

Then I was scheduled to start the process to donate stem cells for a bone marrow transplantation (not for someone I know; I entered the national registry years ago and matched with someone late this spring), and so starting the next day (last Thursday), I went into the hospital every day to get injections to stimulate my bone marrow to produce way more stem cells than normal so they could collect them from my blood. I felt fine the first day until that night and then got a massive migrane that pretty much never went away. It kept me from sleeping, so they gave me heavy painkillers. But those worked only marginally while making me too nauseous to keep anything down all weekend.

Early Monday morning, I went in for my last shot and then they stuck a couple of large-bore needles in my arms to cycle my whole blood volume through the apheresis machine- the nurse said that it went through probably four or five times in total. 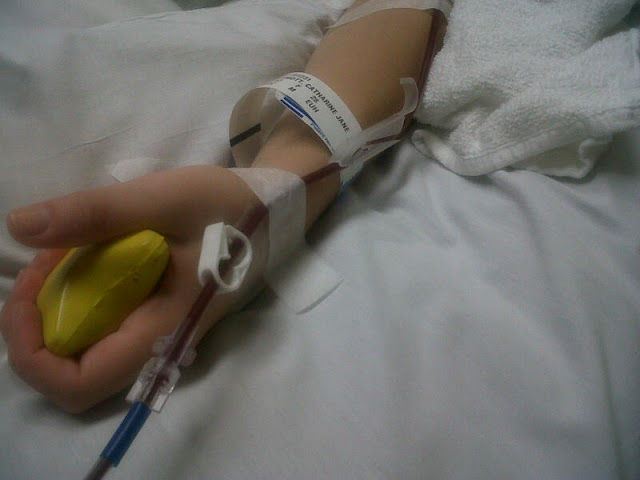 The whole process took about six hours. I dozed through much of it, and Jake sat with me the entire time. He took such good care of me all weekend and after the donation until I finally felt semi-back to normal on Wednesday, when the headache finally started to go away.

I don't know anything about the person I donated for except that he is a 55-year-old patient with multiple myeloma. If his transplant is successful and he does well, and depending on where he is in the world and if his transplant center gives him the option, he will be able to decide whether or not he wants to meet. So there is a chance that it could happen, although no guarantee. About 10% of donors are asked to donate a second time to the same patient if the first transplant fails. It turned out to be sort of a rougher process than I had expected, and I would not look forward to going through it again... so for his sake and mine, I hope it doesn't come to that.

Then once I finally felt better, I had a day to prepare for a remediation of a test that I did poorly on way back in the spring, and took that yesterday. So now I need to start learning hematology/oncology, which is the 3-week module we are currently in, and I have six days until the module exam on Friday, during which I will also have classes, a lab, a four-hour shadowing shift in the ER, and an info session about Step 1 of the boards.


I am already tired.