Giggle from the Weekend

Jake had been growing a beard for about a week and a half ("I try this out about twice a year, just to see if I can"), and he decided this semi-annual experiment was over, so he was going to shave it off.  I convinced him to shave a mustache before he got rid of everything.  He was not enthused about the idea, but the results clearly speak for themselves. 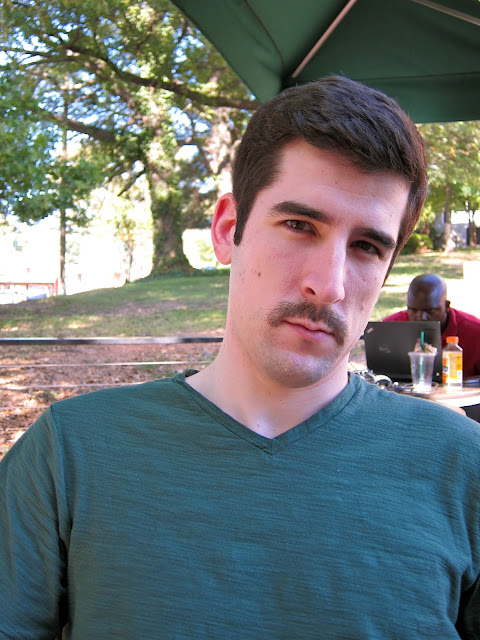 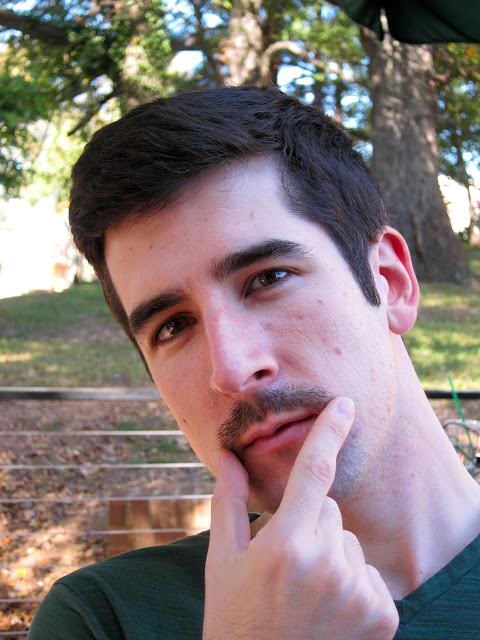 I shit you not, he actually had a different personality with this mustache... we decided it is his alter-ego.  And for whatever reason, Saturday With Mustache was one of the most fun days we've spent together in a while.  We were just goofier and laughed more.  Or I laughed at him, which egged him on, he would do something funny, I would laugh more, and finally we would both be cracking up at our own stupid private joke.  We weren't even really doing anything, really, just reading/studying at a Starbucks and enjoying the weather for most of the afternoon.

Then we went to a movie and at the ticket counter, I was sort of standing behind him, hugging him around his middle, and when it was our turn to buy tickets, we spontaneously started doing the thing where one person talks and the other person, from behind then, has their arms sticking out in front and does all the gestures as the first person talks... I have no idea why we did it, but I think we gave the guy at the counter a good laugh.  Or he thought we were super weird.

The alter-ego was only here about 24 hours, but I thought it was so funny that I'm going to start asking for it for my birthday.