I mean, I didn't really get a puppy, but I volunteered to foster a rescue pup, and this is who I ended up bringing home on Tuesday: 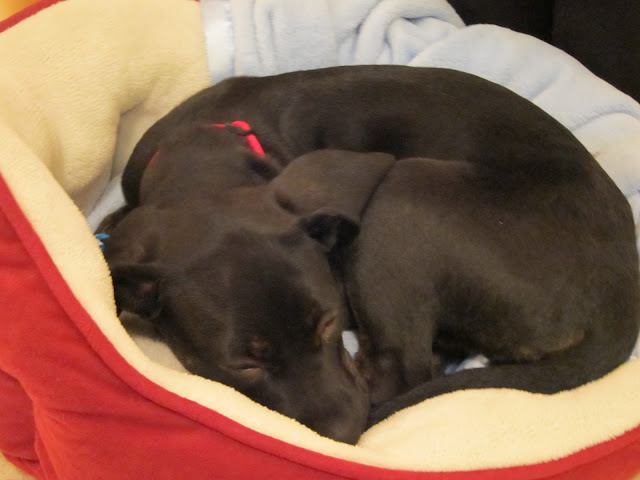 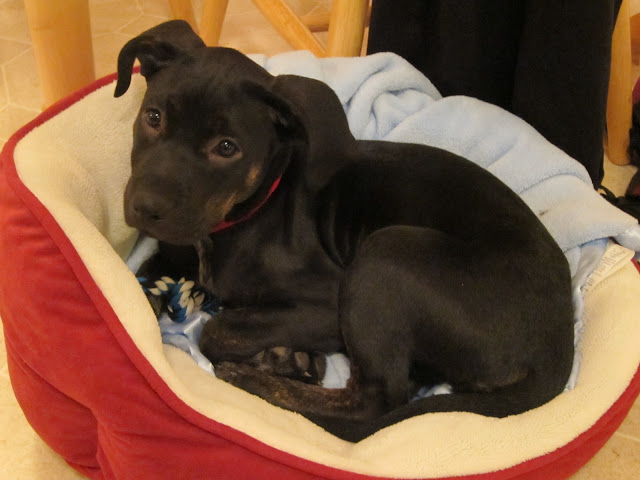 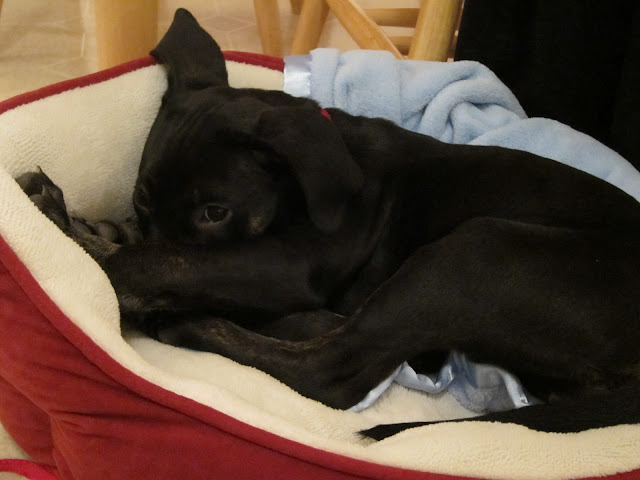 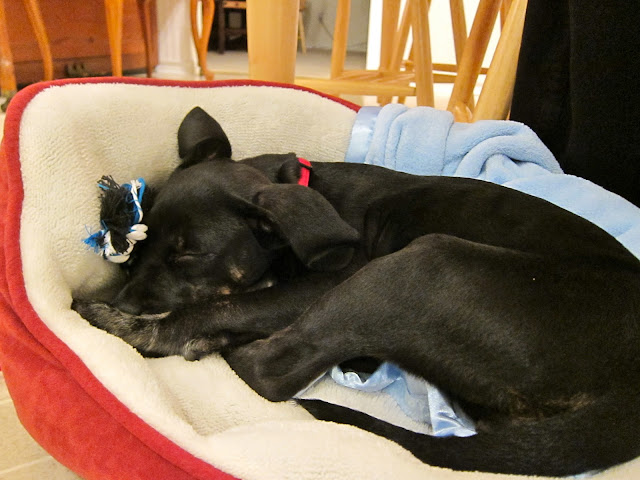 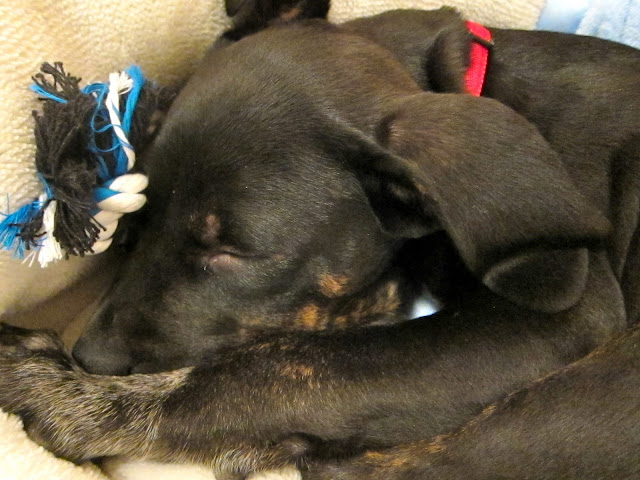 RE-DIC-U-LOUS-LY cute.  Seriously, even cuter than these pictures can do justice to.

Ok, my train of thought on this one went something like this:

I am mostly just sitting at home alone all day, studying for hours and hours on end... I love dogs, I could totally foster a puppy who needs a home just until they get adopted; puppies mostly sleep all day anyway; it would also force me to get up out of my stupid chair on a much more regular basis, which my chiropractor says I really need to be doing anyway; and then when I do take study breaks, I can play with the puppy and it will be the best study break of my life.

And before you tell me that is the stupidest thing you have ever heard, let me tell you that it has pretty much been like that.  Pretty much.  Alright, fine... it has been way more work, and way more fun, than I had even imagined.  And way more pee.  And money.

She came with the name Winny, which I think is cute, but my cousins have a dog named Winnie, so that wouldn't do.  I think I have finally settled on calling her Izzy.  We are totally buddies by now.  We have literally been together pretty much 24-7 since Tuesday afternoon, except for about an hour and 15 minutes a day, when I ask my mom to keep an eye on her while I go to a yoga class.  She is apparently despondent when I leave (Mom's words, not mine), looking all over the house, pawing at my bedroom door and crying a little.  Awwww!! 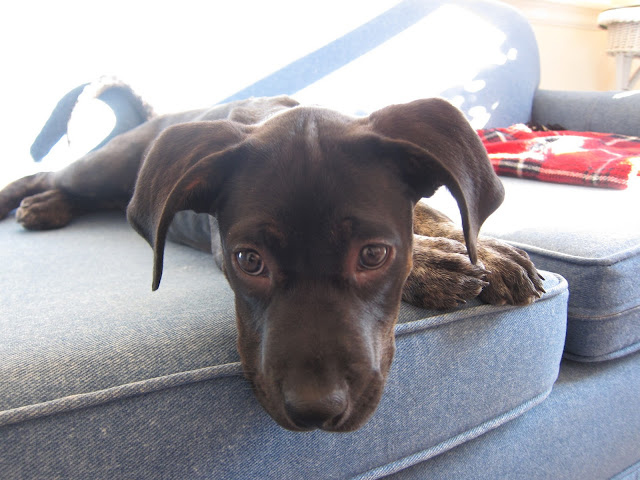 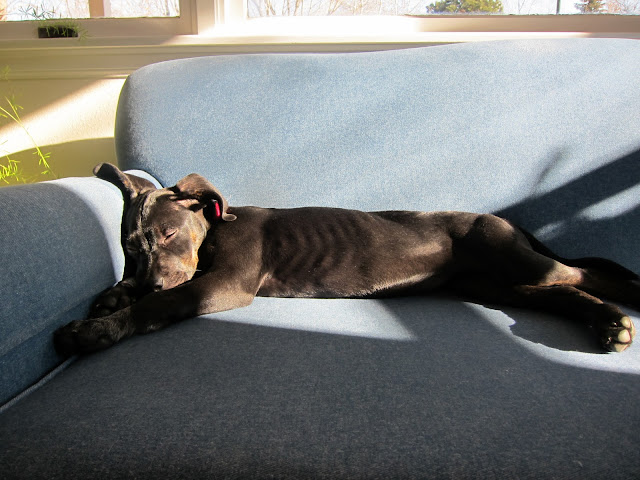 Things I no longer judge about people as of the last four days:

Ugh, I can't get enough of her soft cuddly cuteness.  She has already gotten so much better about not biting or having accidents in the house, and she will come curl up in my lap and snore away while I study, which is just about the greatest thing ever.