Yet another amazing piece from my favorite physician-writer.  If this doesn't make you want a coach, or just make you want to find a way to do whatever it is that you do better, I don't know what will.  Something to think about as the new year rolls up...

PERSONAL BEST
Top athletes and singers have coaches. Should you?
by Atul Gawande 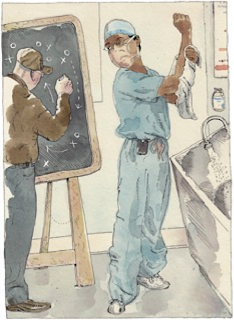