The pup has made the big move to Atlanta! And we both survived the trip more or less intact!

So, for those who haven't heard, I officially adopted Izzy a couple of weeks ago after realizing that there was no way that I could give her up--she is just way too stinkin' cute. I think everyone in my family was secretly (and some of them not-at-all secretly) glad that I did so that they can keep seeing her, too.

Anyway, for the trip back, I bought the biggest pet carrier that would fit under the seat on the airplane, paid the pet fee, basically stuffed her into the carrier, and for the first and last time ever, carried her on. I swear, if my flight had been even five days later, there is no way that she would have fit into that carrier. But she did, and I found out how stressful it is to travel with a pet, even though she did great the whole way, and now she is here! (I will soon be listing a nearly-new pet carrier for sale on Craigslist.)

She is adjusting pretty well, although she is definitely missing having all the other fun people around. Now she is just stuck with a boring old mom who sits and stares at her computer all day. 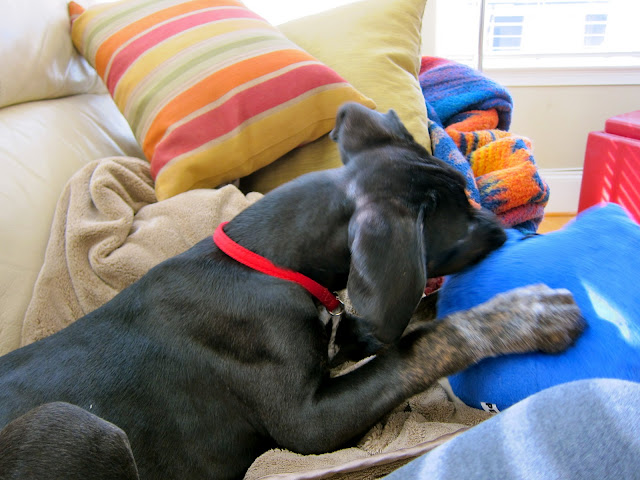 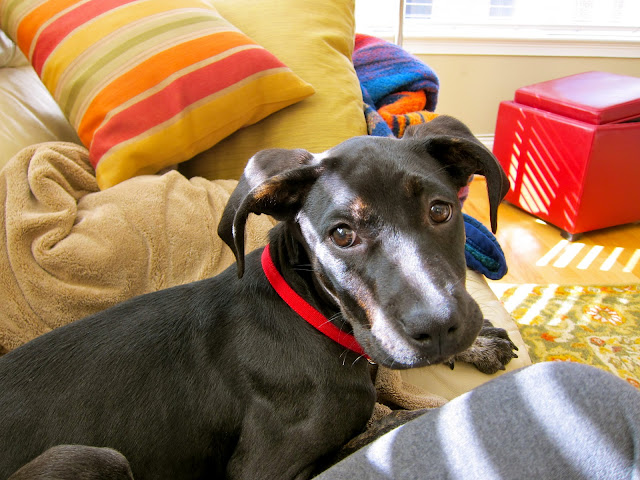 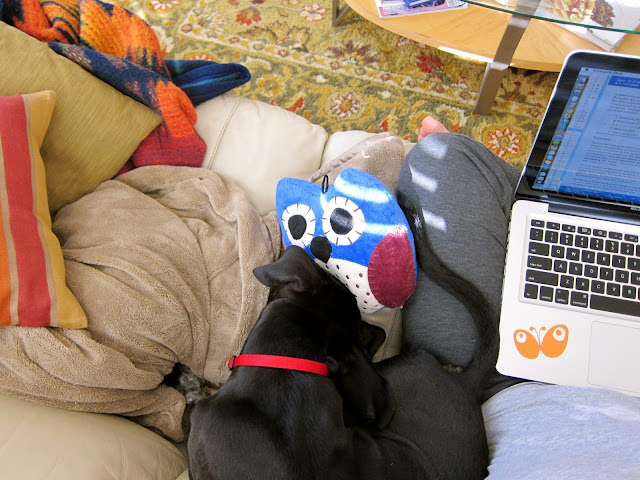 So far we have enjoyed a couple of short jogs around the new neighborhood, we have met lots of people and dogs around the building, including Foxy, the next-door-dog-neighbor (and ever since she has been sitting by the front door and whining... hoping she'll get over it fast), and we paid a visit to my friend Megan, who also has a pup, Riley, but Riley wasn't home this afternoon.

Izzy is getting used to the noise on Ponce, which you can hear from inside the apartment since we directly overlook it--she is not a huge fan of motorcycles or firetrucks--and working on getting less scared of all the cars zooming by when she has to go out to pee.

She still gets the hiccups about 6 times a day, still likes to use her mouth on everything and sometimes bites a bit too hard, still has horrendous gas (that is, thankfully, pretty rare), and still cuddles like a champ on the couch while I study.

I'm so happy to have her here... I just hope she is happy to be here, too.

Here are some bonus pictures from our last few days in Ft. Collins: