Well, whatever.  There was a groupon-type thing, it was a good deal, I bought it, I took her to doggy daycare, and she loved it!  This morning was her "temperament testing" to see if she would get along with the other dogs.  HA.  She trotted right on back to the play area without so much as a backwards glance at me, and when I came to pick her up four hours later, she didn't want to leave.  The owner said, "She did great!  She has no fear whatsoever - she loves playing with the big dogs."  OMG, I feel like a proud parent.  That's my girl!  (Seriously, who am I right now?)

Anyway, doggy daycare turned out to be the best idea ever.  Izzy played nonstop for four straight hours while I had totally uninterrupted study time, and when she got home, she ate lunch and then PASSED OUT, pretty much for the rest of the day.  I have never seen her sleep so hard.  She usually monitors my location at all times, even while she dozes, but this afternoon she didn't stir even an inch.  Win-win!! 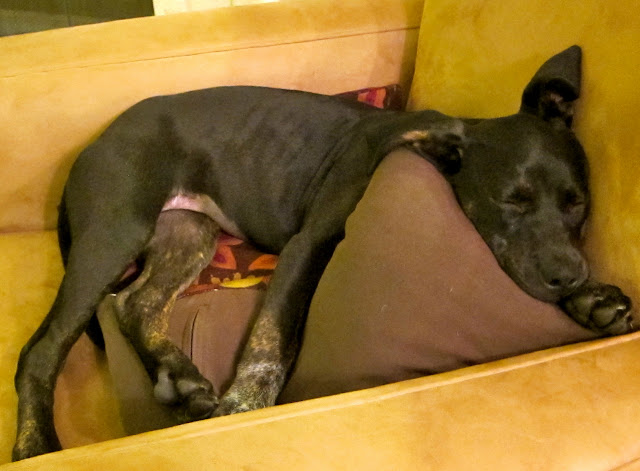 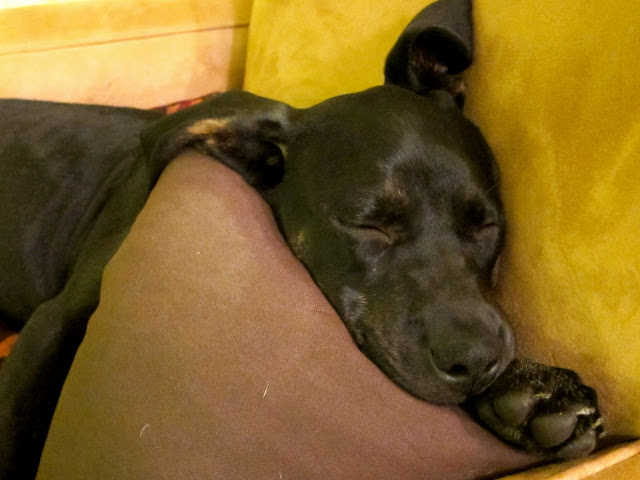 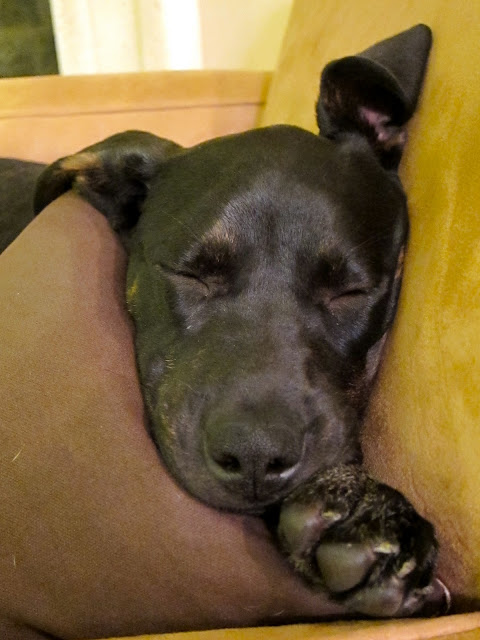 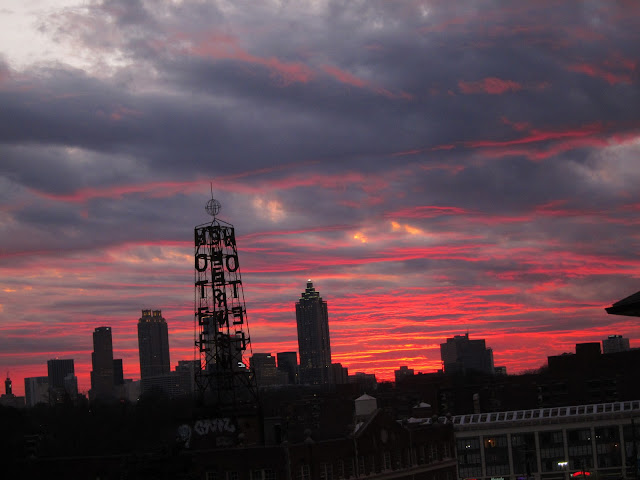