On Surgery and Babies

I often have patients tell me "good luck!" as I say goodbye to them and start to leave the room.  "Good luck," as in, good luck with finishing medical school... and then residency... and then, you know, the whole being a doctor thing.

I always say thanks, and I always mean it.

I never don't feel like I need a whole lot of luck to get through this, or at the very least a little of some really good stuff.  This afternoon, a patient - an older woman - went on and on about how wonderful she thought it was that there were so many more women going into medicine nowadays.  And I totally agree with her, but I also think that a big part of the reason I feel like I need to rely so heavily on luck for this whole being a doctor thing is because I am a woman.  Not for the medicine part by itself, necessarily (although God knows I could use that too), but for the entirety, the wholeness, of my life.  To be a woman in medicine and to still have the life I want, or something like it.  I have so much to say about this subject that I could write forever about it, and probably will plenty of times, but tonight I am going to keep it short.

All I know is, I have been reading this excellent book, and it is just fascinating and pulls you right into the crazy intense world of pediatric heart surgery, and envelops you with a sense of the insanity of that life and the courage and singularity of purpose it requires to do that work (and thank God there are people out there who can do it)... but they are all men.

They do amazing, incredible, miraculous, insane work, and they have schedules to match.  Still, many of them have families.  And I can't help but wonder... is it any coincidence that none of them are women?  Just kidding, I don't wonder that.  At all.  It is obviously not a coincidence.

Anyway, here is another fabulous Dr. Chen column from the NY Times Well Blog, expounding on the topic much more eloquently than I.  Enjoy. 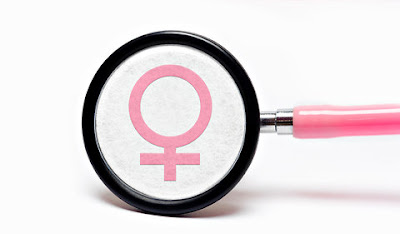 The Plight of the Pregnant Surgeon

Admired as much for her sheer talent as for her humility, my surgical residency colleague became pregnant during her last year of training. At about the same time her baby was born, another colleague, also in his final year of training, broke his leg in a skiing accident. Both ended up taking a few weeks off from work, he for his accident and she for her maternity leave.

A couple of months later, after both had returned to work, we learned that our female colleague had been asked to make up the time lost on her maternity leave, while our male colleague had not. Outrage over this decision spread quickly among the ranks; in hallways and call rooms we residents huddled together to condemn the decision of our elders. Medical students reacted, too, choosing training positions not in surgery but in obstetrics and gynecology or internal medicine, specialties where they believed they could have “a life” while training.

Many years later, what remains surprising to me is that none of us, including the woman herself, ever seriously questioned the decision or the senior surgeons. Despite our railings, we accepted it because, as one female colleague trenchantly observed at the time, “this is the way it is with surgical training; you just don’t get pregnant.”

I remembered this incident when I read a study published this week in Archives of Surgery, the first large-scale examination of attitudes toward pregnant surgeons.

Researchers from the University of Maryland School of Medicine in Baltimore sent questionnaires to more than 5,000 female surgeons who were in various stages of their careers, asking them about attitudes toward pregnant surgeons. Roughly half of the women responded. A vast majority reported a significant stigma attached to being pregnant, particularly during training. While younger respondents felt significantly less stigma than those who had trained a generation or two earlier, a sizable majority of the young women — over two-thirds of them — still believed that being pregnant during training could negatively affect or even jeopardize a surgical career.

And although female surgeons tended to be more supportive of their pregnant colleagues than men, they were also capable of being just as dismissive as their male colleagues.

“There isn’t much ‘kind and gentle, warm and fuzzy’ going around,” said Dr. Patricia L. Turner, lead author, an associate professor of surgery at the University of Maryland and a director at the American College of Surgeons. “The fact was that everyone — man or woman — could be hard-core and difficult.”

While women now make up almost half of all medical school graduates, only 30 percent of surgeons-in-training are female, a discrepancy that may be related at least in part to the fact that the most intense period of surgical training, which sometimes stretches over an entire decade, correlates to a woman’s most fertile years, her 20s and 30s. “You cannot not look at the impact of such training on childbearing and career decisions,” Dr. Turner noted.

Many of the surgeons who responded to the 99-question survey inserted additional pages describing their experiences. “It was like there wasn’t enough room within the survey for them to tell their stories,” Dr. Turner said. Some respondents recalled being told outright that they would not be able to finish their training if they became pregnant. Others described watching pregnant colleagues quit under the stress.

Several respondents recounted the pressure to take off no more time than what was allotted annually for vacation. They would work right up until delivery, then return to work exactly three weeks later, fearful that an additional day off might cost them their job or reputation.

Although many women also wrote about what they deemed to be positive experiences, these were not recollections of festive baby showers and congratulatory cigars. One respondent, for example, wrote about hiding her pregnancy for several months before finally approaching the senior surgeon in charge of the residency program. His response was matter-of-fact; he would rearrange the on-call schedule and her schedule to make it possible for her to take time off to have her baby. “The fact that it was handled like a non-issue and without screaming, yelling or threatening to kick her out of the program was perceived by this surgeon as amazingly positive,” Dr. Turner said.

There have been official efforts in recent years to improve the work-life balance of surgeons-in-training. Residency programs across the country have been working to limit duty hours to no more than 80 a week; and the American Board of Surgery, the organization that defines surgical training standards, has made some of its requirements more flexible. Trainees now, for example, can apply to take up to six weeks off for maternity leave or medical reasons without penalty.

Still, it probably will not be until those in the youngest generation of surgeons become well established in their careers that significant changes will occur. “Thirty years ago, people didn’t have the words to say ‘work-life balance,’ let alone say it was a priority in their career,” Dr. Turner said. “But younger surgeons, female and male, aren’t afraid to articulate that that’s important to them.”

“We are going to have to figure out how to mesh our training with the dreams this generation has for the other parts of their lives,” Dr. Turner continued. “Especially if we still want the best people to keep going into surgery.”