So apparently there is some sort of convention on t.v.?

(Truth?  I was kind of vaguely aware of its timing/existence but wasn't paying much attention.  Today, though, a surprising number of both patients and doctors mentioned it.)

This afternoon in the neurology clinic, I visited with a patient who has Parkinson's Disease and his wife.  They were just lovely people.  Very genteel.  I know that is a word that isn't really used anymore, but for whatever reason that is the one that kept popping into my head as I talked with them.  Something about his boat shoes and her red lipstick and his round gold-rimmed glasses perched atop his purplish nose and the way that both of their hair was perfectly in place: his nearly pure white, hers jet black.  But mostly, I think, it was their lilting Atlanta accents, impossible to miss yet still easy to understand.

I admired the way they shifted easily between talking about his disease progression and joking about life with Parkinson's, trading personal stories with the doctor and taking notes on new medication regimens, teasing each other and asking me about medical school.

Towards the end of the visit, almost as an afterthought, the patient said, "Hey doc, I was meaning to ask you... is there somethin' I should do about my glasses?  I've been gettin' some double vision lately.... is that related to the Parkinson's?  Or just somethin' else?"

My attending said that yes, this was something that could develop in patients with this disease, and asked for a little more information.  The patient's wife prompted him to give the most recent example.

"Well, it seems to happen especially at night or when I'm tired.  Like last night, we were up watching the Republican National Convention and it started happenin', the seein' double," he said.  "And shoot, seein' two of those guys is just way too much!" 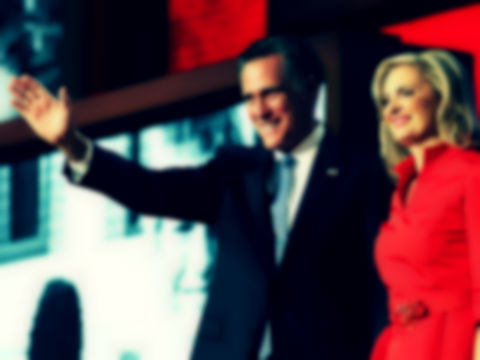